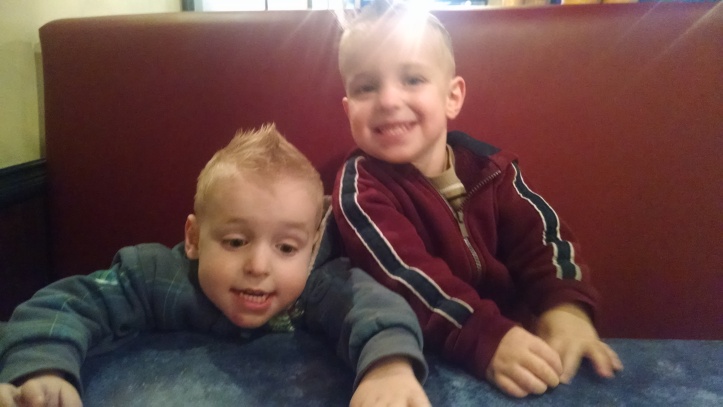 The twins officially survived their Not-So-Terrible Twos in November and dove head first into the Oh-So-Terrible Threes. There is at least one good thing about this stage: no more diapers. I’ll take it. 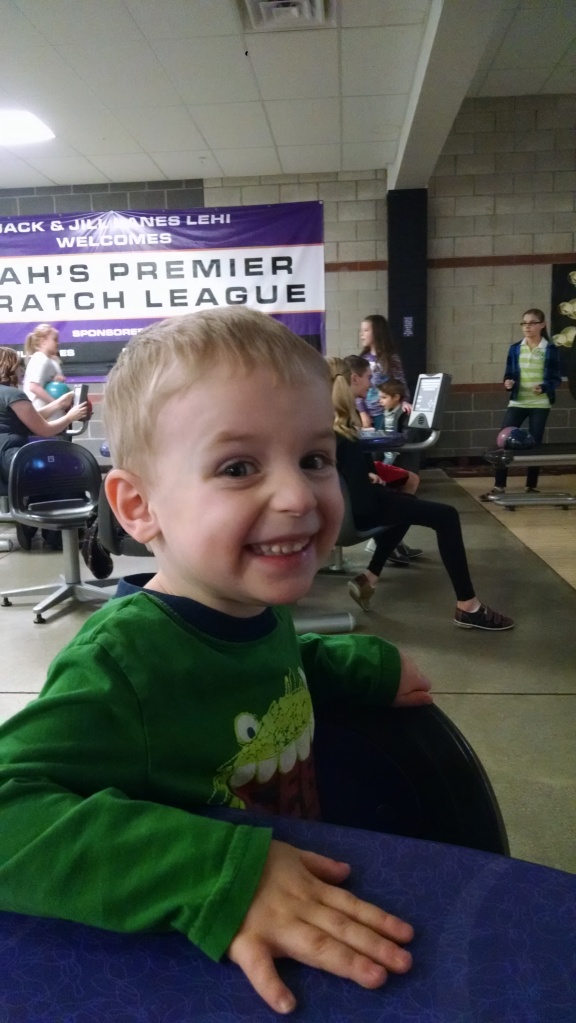 Carter enjoys playing cars and trains, pretending and being with people. He has a pretty good imagination and likes to talk to us about all sorts of things. He is sensitive and emotionally expressive…at both ends of the spectrum. 😉 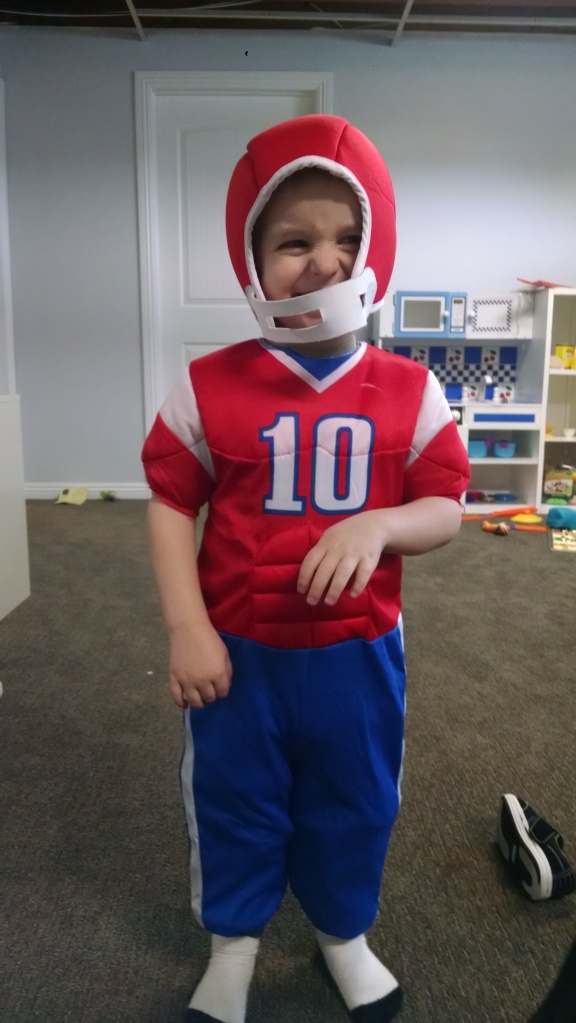 Cooper enjoys playing with cars, balls and puzzles. He is a pretty feisty little guy and can go from giving sweet hugs and kisses to swinging fists in a matter of seconds. He loves music and can recognize a tune from the first few notes. 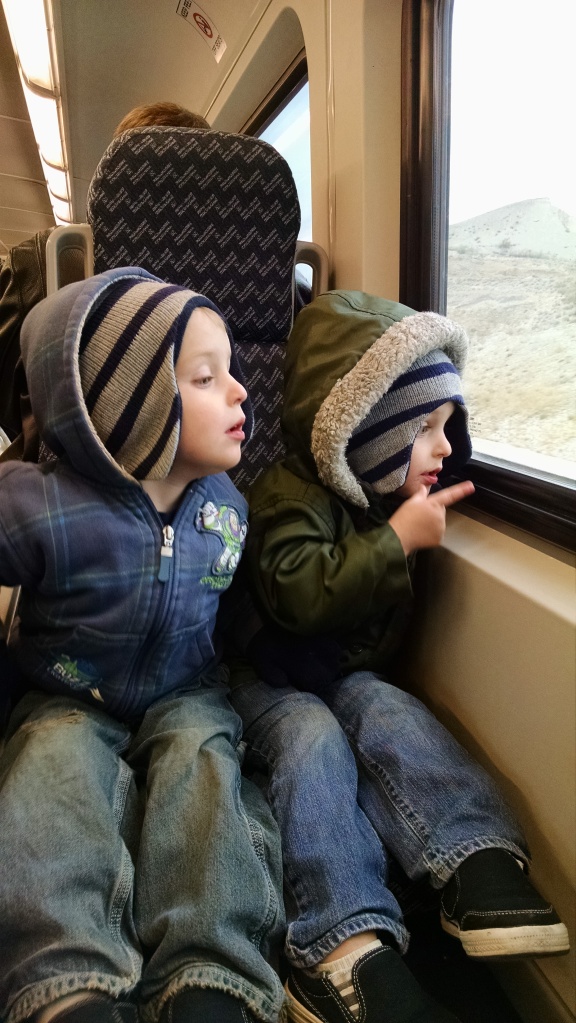 The twins are mostly really good at playing with each other. They come up with all kinds of games. A recent favorite is Tractor Tipping. They take Mater, McQueen and all of the tractors they can find into the dark den (because obviously tractor tipping happens at night). Then they get Mater and McQueen to make noise and all of the tractors tip over. They can play this for hours. They also play house, Toy Story and Mario Brothers Soccer regularly. Sometimes they let their big brother join. 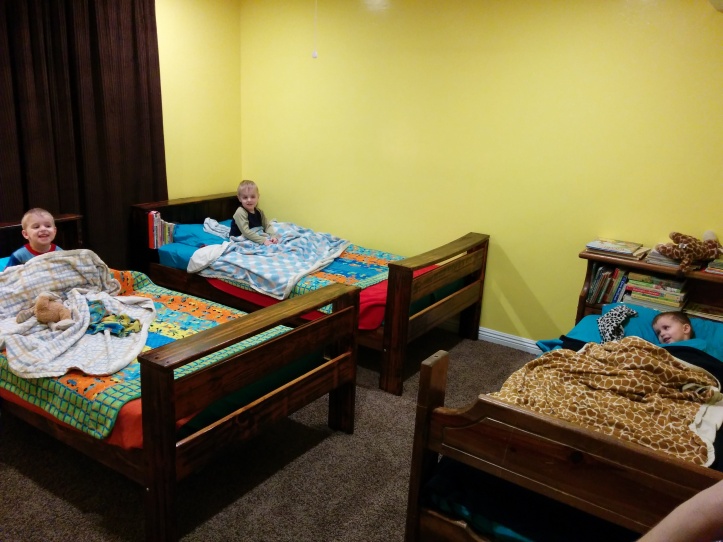 They got big boy beds for Christmas and all three kids are now in a new bedroom in the basement. Isaac is very good at reading a few books to himself and then going to sleep. Carter and Cooper are very good at laughing and playing and jumping on their beds. Usually Mom and Dad have to intervene so that some actual sleeping occurs. I am glad that they are such good friends.

These boys are looking forward to being big brothers soon. They think it’s funny to invent names for their little baby. Sho-sha is their most consistent creation. They like to give my belly hugs and kisses and often tell me that they are going to help the baby drink his milk and play with his toys. They are also excited to read him stories and make him laugh. I hope they are not too disappointed by the newborn non-laughing stage. I’m actually really looking forward to all the “help” I’ll have. My last experience with new babies was very much lacking in the helpful sibling department.

The twins graduated from Nursery to Sunbeams at church in January. They love it. They are actually getting better and better at sitting through sacrament meeting too. The amount of times Derek takes them out (roughly 1-5 instances a week) hasn’t changed, but the reasons have changed: fewer tantrums and lots more potty breaks.

They are growing up both too fast and not fast enough.